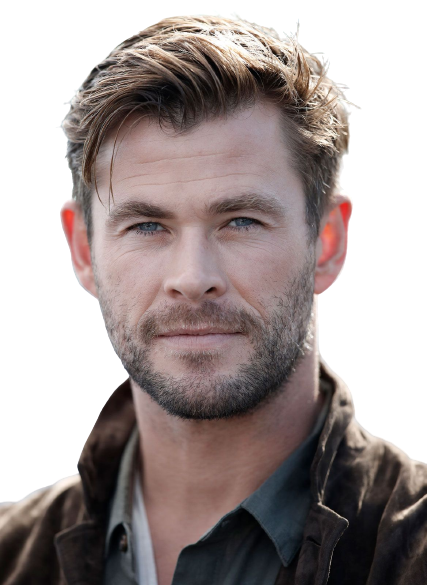 Christopher Hemsworth was born on August 11, 1983 in Melbourne, Victoria, Australia to social services counsellor Craig Hemsworth and English teacher Leonie Hemsworth (née van Os). His brothers Liam and Luke Hemsworth are actors, and he has Dutch ancestry (from his immigrant maternal grandparents), Irish, English, Scottish, and German roots. By marriage, he was related to Rod Ansell, the bushman who served as the model for the comedy Crocodile Dundee (1986).

After moving to the Northern Territory and then living on Phillip Island, south of Melbourne, Chris’ family travelled throughout a significant portion of the nation when he was a little boy. He failed to get the part of Robbie Hunter in the Australian soap opera Home and Away (1988), but he was summoned back to portray Kim Hyde, which he did until 2007. He competed on the Australian version of Dancing with the Stars in 2006, and thanks to the popularity of the soap opera, he was able to stay on until episode seven, when he was the fifth candidate to be eliminated.

Elsa Pataky, an actress, is represented by the same management business that represents Chris in America, ROAR. It was through them that the two met and eventually got married in 2010. Besides twin sons, the couple also has a daughter. In recognition of his contributions to the performing arts and charity organisations, he was named a Member of the Order of Australia during the 2021 Queen’s Birthday Honours.