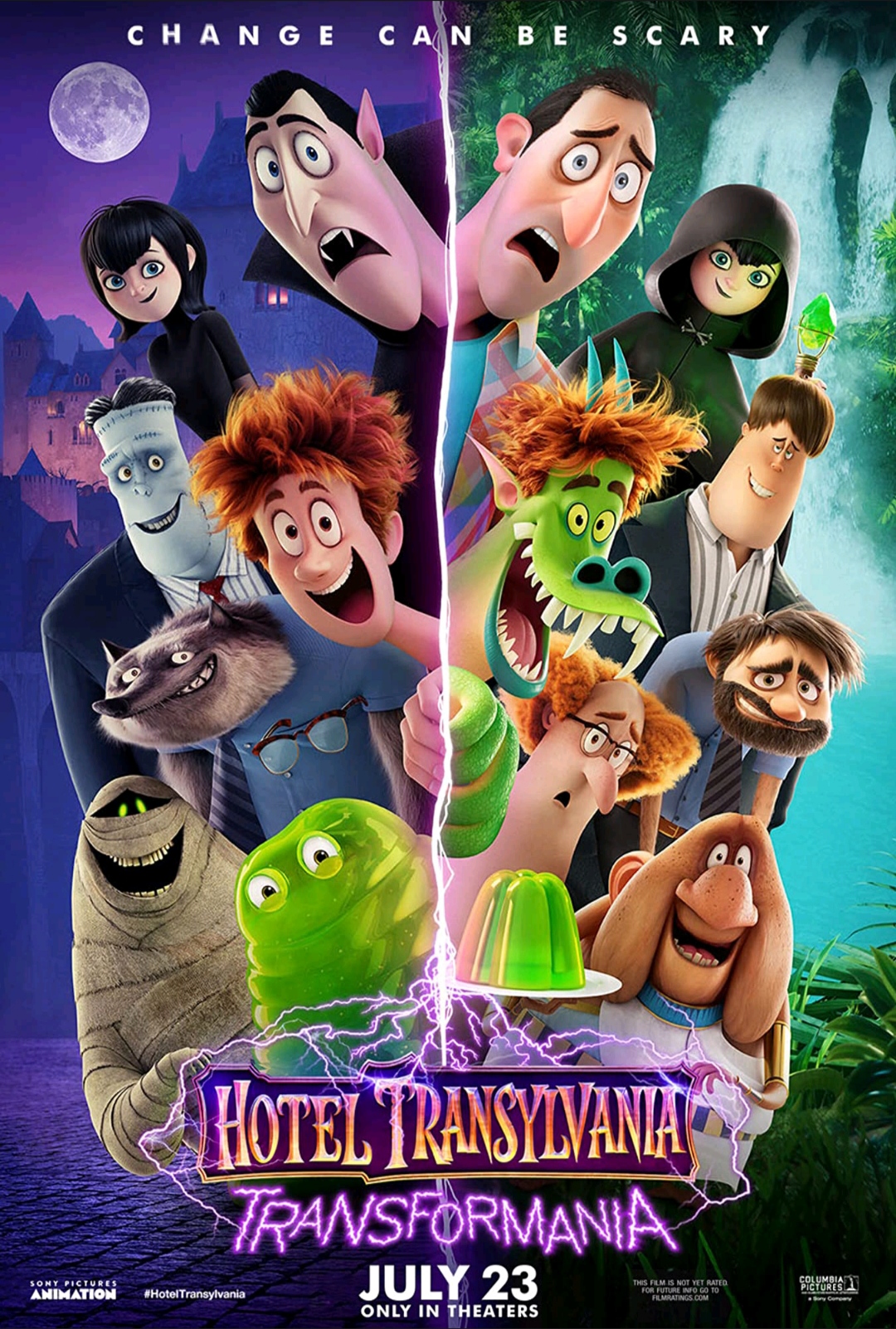 Actors and their roles

Dracula plans to retire and leave the Hotel Transylvania Transformania to Mavis and Johnny. Johnny tells Dracula that he will be renovating the hotel. Fearing that Johnny will ruin the hotel, Dracula lies to him saying that there is a “monster real-estate law” that only lets monsters own the hotel.

Van Helsing decides to help Johnny using a ray that turns humans into monsters and vice versa. Dracula on the other hand tries to turn him back to normal but accidentally turns himself into a human. Van Helsing tells Johnny and Dracula that they still can turn themselves back into humans by getting a new crystal which lies in the Cave of Reflexion in South America.

While traveling to South America, Dracula and Johnny begin to bond. Dracula tells Johnny that he lied to him about the hotel. This prompts an upset Johnny to mutate further before running away. Mavis goes to find Johnny but the transformation has turned him very volatile and he was not able to return to normal.

Dracula goes on a remorseful tangent about how wrong he was about Johnny and how he now sees the best in him, finally acknowledging him as family. This brings Johnny back into human form. After turning back home, Dracula decides to let Mavis and Johnny renovate the hotel to their liking.

Hotel Transylvania Transformania 4 trailer gives a glimpse of monster turning into humans and their transformation back into how they were before.